New MOOD ® is the amp antidote, helping you relax and focus on yourself by turning down the noise of the chaos. †︎. 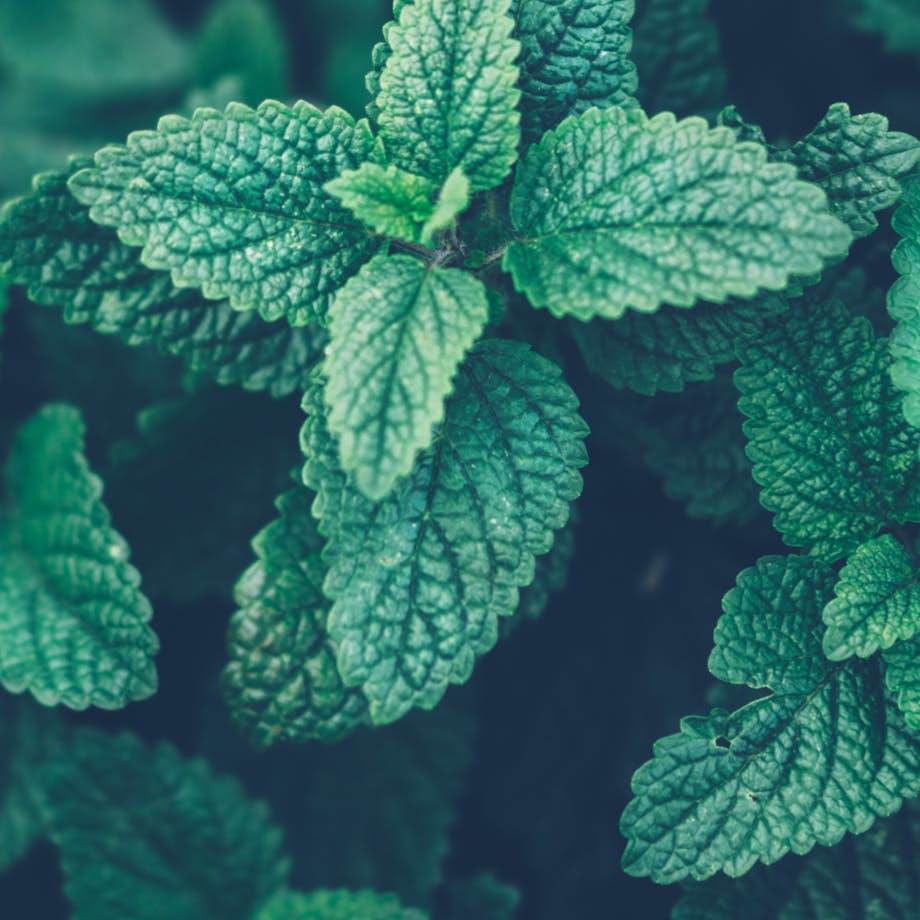 New MOOD® is the amp antidote, helping you relax and focus on yourself by turning down the noise of the chaos.†︎

Designed to be used morning, day, or night for balancing your daily stresses.†︎

Serotonin has been shown to be a key neurotransmitter linked to mood, happiness, and positive outlook. Combining the two raw building blocks of serotonin, L-tryptophan and 5-HTP, with a converting catalyst, Vitamin B6, New MOOD® provides the nutrients to help the body optimize serotonin levels.†︎

Adding to the naturally relaxing effects of L-Tryptophan are a host of traditional herbs designed to help you maintain a state of peaceful calm.†︎︎ Ideal for when you are under stress, down in the dumps, or just need some refreshing sleep, New MOOD®is a great product to take morning, afternoon or night.†︎ 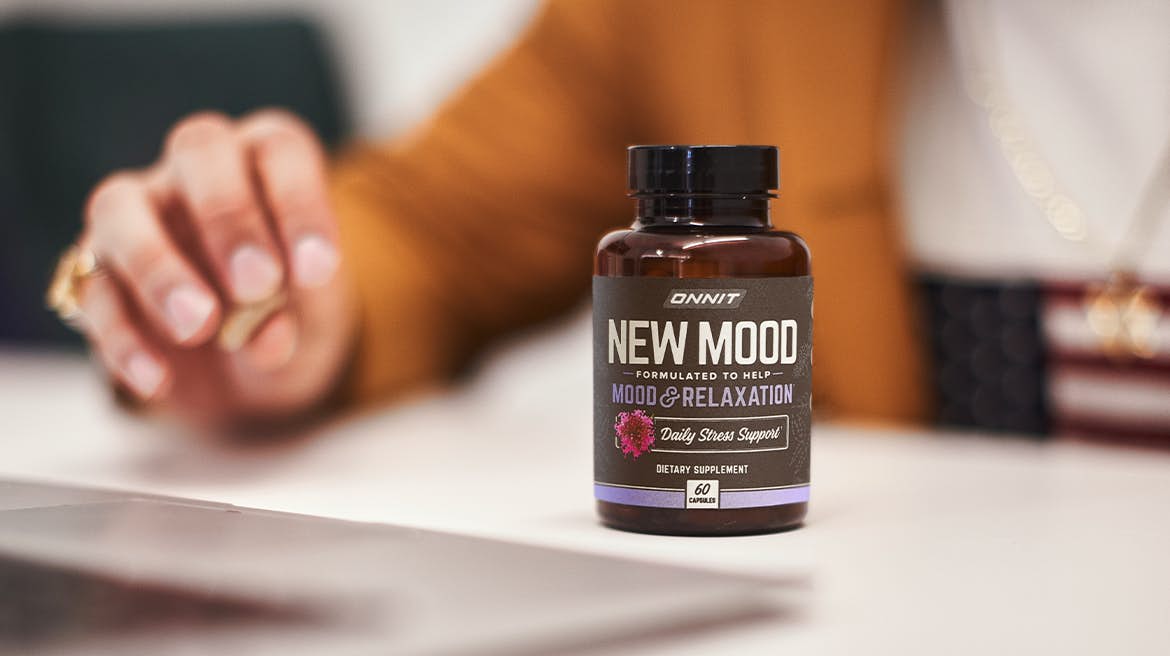 New MOOD® works in lockstep with your body to support your body’s normal serotonin production, without artificially introducing it.†︎

You can’t just take a serotonin supplement and call it a day. Serotonin cannot cross the all-important blood-brain barrier. Serotonin has to be produced by the body in order for you to benefit from it. One of the best ways to do this is to supplement with serotonin’s building blocks.†︎

The natural production of serotonin begins with the common amino acid L-Tryptophan, which converts to 5- HTP — the direct precursor of this essential neurotransmitter. New MOOD®contains both L- Tryptophan and 5-HTP, creating an effect that, when combined with the B-vitamins included, assists the body in generating serotonin.†︎ 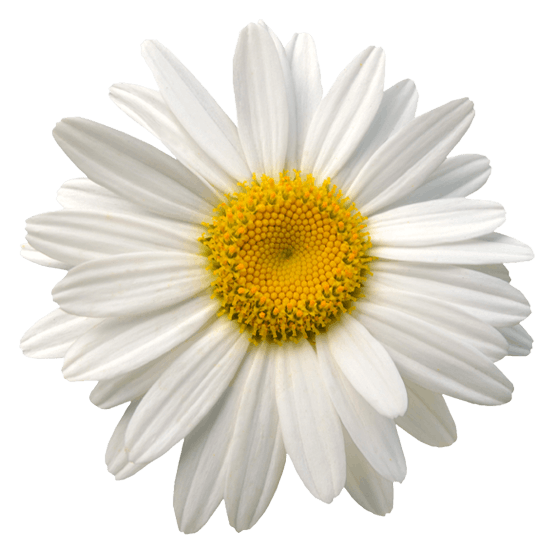 A flower whose name translates from ancient Greek as Earth Apple, for the pleasant aroma of its flowers.

Widely used, the chamomile flower has long been sought for its calming properties. † 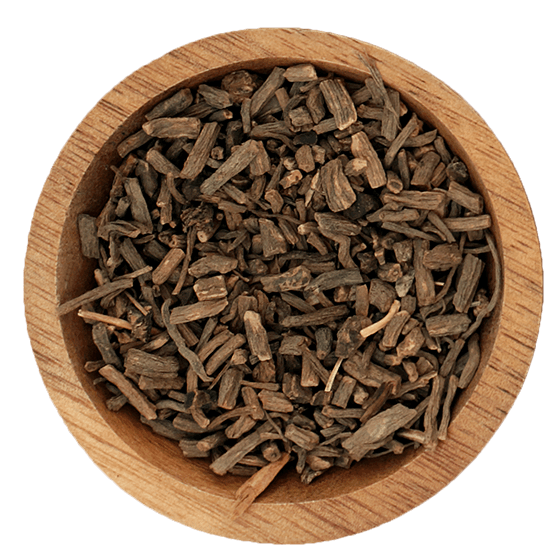 A medicinal herb since at least the time of ancient Greece and Rome, Valerian root is a perennial flowering plant native to Europe and parts of Asia. 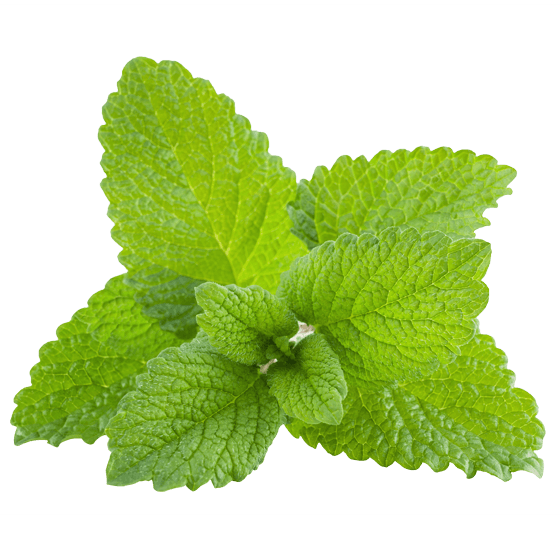 A perennial herb in the mint family, native to southern Europe and the Mediterranean regions.

Studies have shown lemon balm to be helpful to the body in maintaining a positive mood and occasional mental stress.† 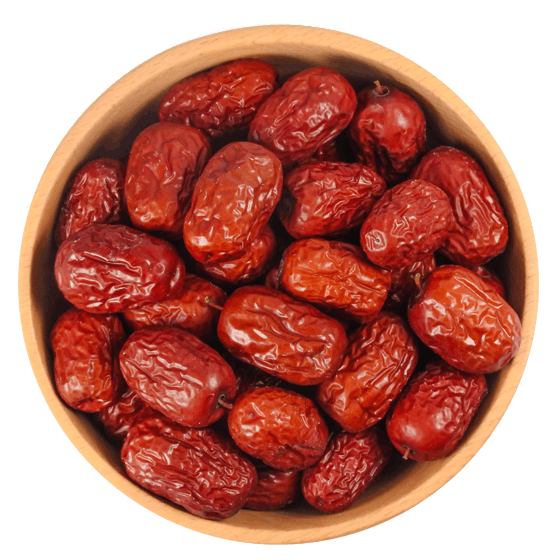 A seed from the Jujube tree, originating from China, but now cultivated throughout the world.

Coupled with herbs, these ingredients round out New MOOD®’s relaxing formula.

The direct precursor and metabolic intermediate of serotonin, 5-HTP is one of the best nutrients to optimize the body’s natural supply of serotonin.†︎

Magnesium is needed for hundreds of your body’s basic functions, including supporting your heart and nervous system health, and maintaining blood pressure levels.†︎ Supporting a sense of muscular and physical calm, magnesium is commonly used to combat occasional stress and restlessness.†︎

L-Tryptophan is an essential amino acid found naturally in proteins. It is the building block for 5-HTP, the direct precursor to serotonin. Furthermore, tryptophan is also able to convert to melatonin, which aids sleep.†︎

Common in meat and fish, this B vitamin plays a crucial role in the synthesis of serotonin. †︎

Pyridoxine (Vitamin B-6) is one of the body’s busiest vitamins, involved in an estimated 101 chemical reactions. One of its primary tasks is to aid in the manufacturing of amino acids and neurotransmitters, including serotonin.†︎

At Onnit, we measure time as moments that take you closer to who you want to become. Improvement in one area, specifically, will bring improvements universally, while a deficiency in anything will hold back everything. Therefore, time spent bringing up one aspect of your mind, body, or spirit today makes everything a little bit better than it was yesterday. Ultimately, the only way to get to the best version of you is you… Are you up to it?

Suggested Use: Adults, as a dietary supplement, take two capsules in the evening prior to sleep. A serving of two capsules may be taken during the day for occasional stress support. Do not exceed six capsules in any 24-hour period.

†︎ THESE STATEMENTS HAVE NOT BEEN EVALUATED BY THE FOOD AND DRUG ADMINISTRATION. THIS PRODUCT IS NOT INTENDED TO DIAGNOSE, TREAT, CURE, OR PREVENT ANY DISEASE.

In order to provide you a personalized shopping experience, our site uses cookies. By continuing to use this site, you are agreeing to our cookie policy.